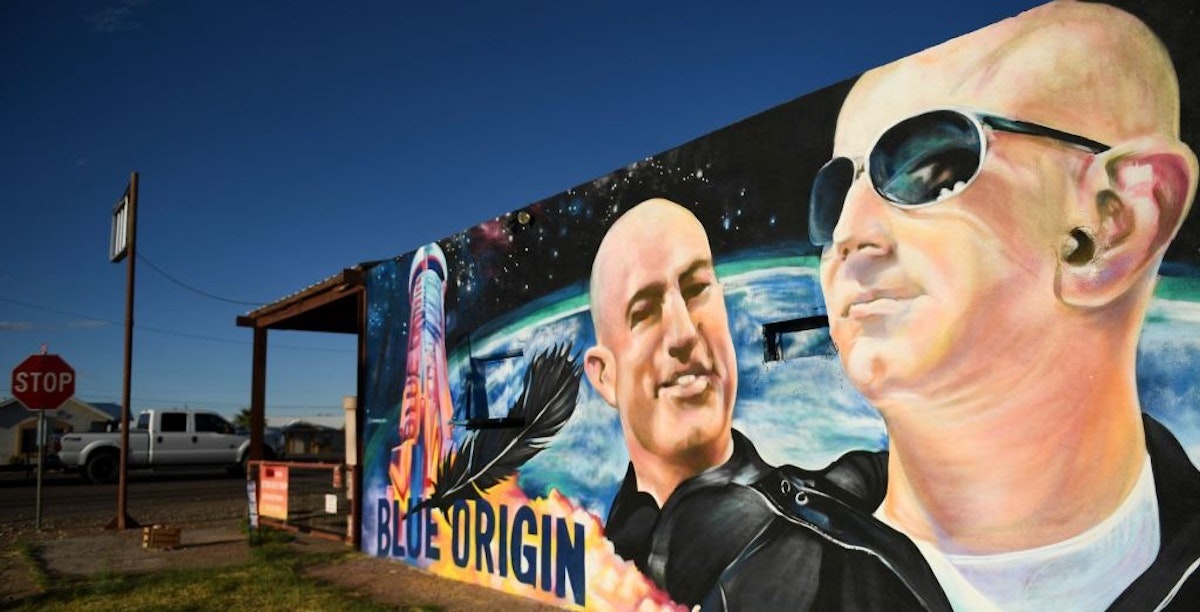 Prince William on Wednesday criticized the space race now underway by billionaires, saying their minds ought to  be “fixed on trying to repair this planet.”

The comments from the Duke of Cambridge, 39, came just hours after Amazon founder Jeff Bezos sent a crew of four, including actor William Shatner, into space aboard one of his Blue Horizon rockets.

“We need some of the world’s greatest brains and minds fixed on trying to repair this planet, not trying to find the next place to go and live,” he said during an interview with BBC Newscast’s Adam Fleming at Kensington Palace.

William also spoke about the importance of taking action on climate change so we don’t “rob from our children’s future.”

“I want the things that I’ve enjoyed – the outdoor life, nature, the environment – I want that to be there for my children, and not just my children but everyone else’s children. If we’re not careful we’re robbing from our children’s future through what we do now,” he said.

“And I think that’s not fair. I want to use my little bit of influence… to highlight incredible people doing incredible things and will genuinely help fix some of these problems,” said the prince.

Bezos, along with billionaires Elon Musk and Richard Branson, have been battling in space. After Bezos announced he’d head to space, Branson beat him there by a few days.

Bezos, one of the billionaires who are ignoring all the woes on Planet Earth as they head to space on their own private rockets, acknowledges that their flights “are just joyrides.”

In an interview in July on CNN, Bezos was asked by host Rachel Crane about his upcoming space flight. “There have been a chorus of critics saying that these flights to space are just joyrides for the wealthy and that you should be spending your time and your money and energy trying to solve problems here on Earth. So what do you say to those critics?”

“Well, I say they’re largely right. We have to do both,” Bezos said. “We have lots of problems here and now on Earth and we need to work on those, and we always need to look to the future. We’ve always done that as a species, as a civilization. We have to do both.”

Bezos defended the space flights, saying Blue Origin’s mission is about opening space travel for everyone. “If we can do that, then we’ll be building a road to space for the next generations to do amazing things there, and those amazing things will solve problems here on Earth… So, the real answer is, yes, we have to do both,” he said.

On Wednesday Shatner, 90, who played the captain of the Starship Enterprise on “Star Trek,” blasted into the final frontier Bezos’s Blue Origin capsule and rocket.

The rocket launched at 9:49 a.m. CST, reaching more than 50,000 feet in just one minute. The craft hit a top speed of more than 2,200 mph. The capsule and booster separated a few minutes later and the craft eventually reached a top altitude of 351,185, a little more than 66.5 miles off the surface of the Earth. On the descent, the craft created a loud sonic boom. Three small parachutes then popped out, pulling along three main red, white, and blue chutes and the craft landed safely.