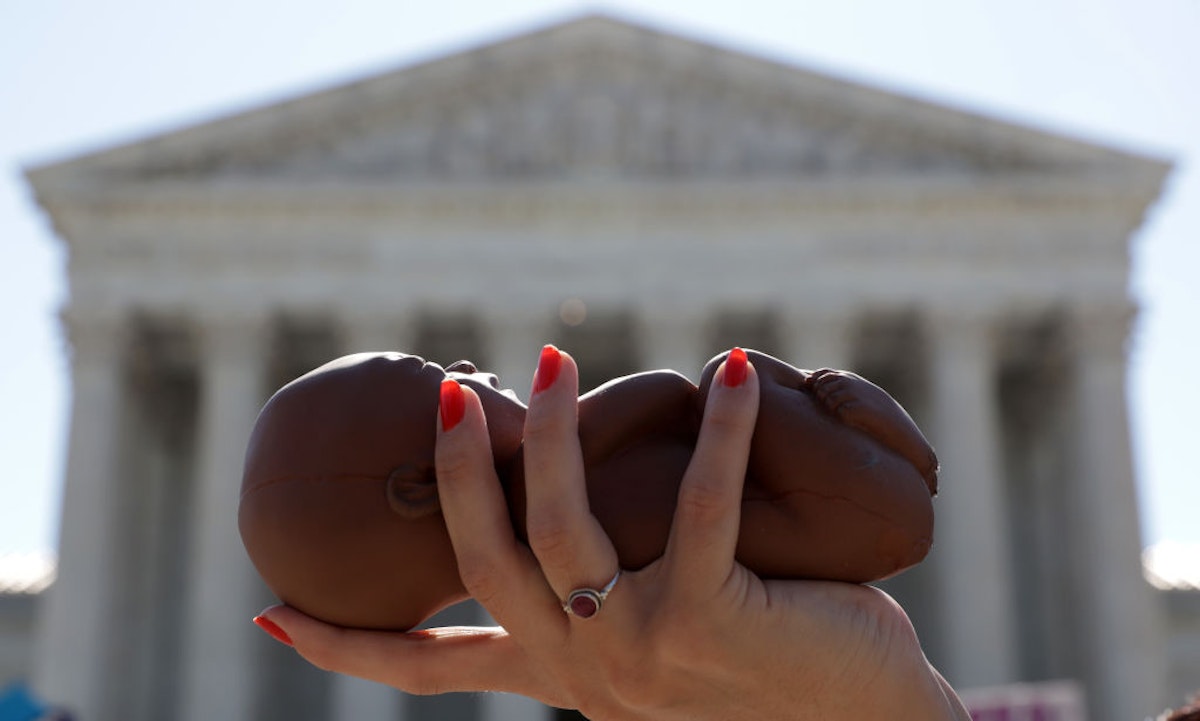 Texas’ six-week abortion ban is back in effect after a federal judge briefly suspended it this week.

On Friday, the Fifth Circuit Court of Appeals granted Texas’ request to lift an injunction against enforcement of the near-total abortion ban.

U.S. District Judge Robert Pitman had issued the injunction blocking the law on Wednesday at the request of the Biden administration’s Justice Department, which sued to halt enforcement of the abortion ban last month.

“From the moment S.B. 8 went into effect, women have been unlawfully prevented from exercising control over their own lives in ways that are protected by the Constitution,” Pitman wrote in his 113-page ruling blocking the law.

“This Court will not sanction one more day of this offensive deprivation of such an important right,” the judge wrote.

At the end of August, the Supreme Court ruled 5 to 4 to allow the Texas law to go into effect on September 1.

The law bans almost all abortions after a fetal heartbeat can be detected, at around six weeks of pregnancy. It does not make exceptions for abortions in cases of rape and incest, and the only time the law does permit abortions is when the life of the mother is at stake or the pregnancy could cause “substantial and irreversible impairment of a major bodily function.”

In addition, the Texas law allows private citizens to launch civil lawsuits against anyone who “aids or abets” an abortion after a fetal heartbeat can be detected. At least one such lawsuit has already been filed.

Pro-life advocates celebrated the reinstatement of the abortion ban.

“Every day this law is in effect, unborn children with beating hearts are saved and mothers are protected,” said Marjorie Dannenfelser, president of the national pro-life group Susan B. Anthony List.

“That it was even temporarily blocked shows the chilling effect of the Supreme Court’s unworkable precedents on the will of the people,” she added.

“Patients are being thrown back into a state of chaos and fear, and this cruel law is falling hardest on those who already face discriminatory obstacles in health care, especially Black Indigenous, and other people of color, undocumented immigrants, young people, those struggling to make ends meet, and those in rural areas,” said Nancy Northup, president of the Center for Reproductive Rights.

The Supreme Court began a new term this month and will hear its first in-person oral arguments since the court began hearing cases virtually when the COVID-19 pandemic began. The court is set to hear several cases on controversial issues, including a challenge to a Mississippi law that bans most abortions after 15 weeks of pregnancy. In that case, Mississippi is arguing against Roe vs. Wade’s ban on states outlawing abortion before the fetus is viable outside the womb, usually considered around 22 weeks of pregnancy.