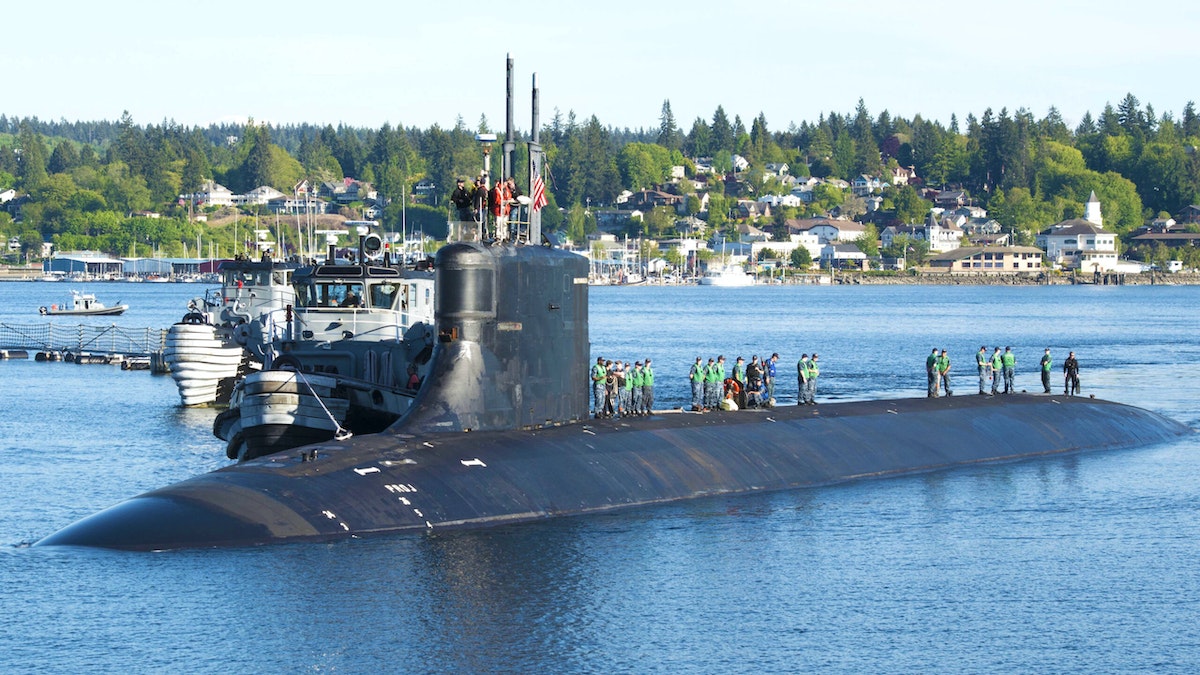 The U.S. Navy is launching an investigation into a mysterious incident that recently happened to a U.S. nuclear powered submarine operating in the Indo-Pacific region where the submarine sustained an undisclosed amount of damage after being hit by an object underwater.

“The Seawolf-class fast-attack submarine USS Connecticut (SSN 22) struck an object while submerged on the afternoon of Oct. 2, while operating in international waters in the Indo-Pacific region,” the U.S. Navy said in a statement. “The safety of the crew remains the Navy’s top priority. There are no life threatening injuries.”

“The submarine remains in a safe and stable condition,” the statement continued. “USS Connecticut’s nuclear propulsion plant and spaces were not affected and remain fully operational. The extent of damage to the remainder of the submarine is being assessed. The U.S. Navy has not requested assistance. The incident will be investigated.”

A defense official told USNI News about 11 sailors were hurt in the incident with moderate to minor injuries. The attack boat is now headed to Guam and is expected to pull in within the next day, the official said. The underwater strike occurred in the South China Sea and the attack boat has been making its way to Guam on the surface since Saturday, a defense official confirmed to USNI News.

The USS Connecticut is one of just three Cold War-era Sea Wolf-class submarines that were ever built, in part due to their high price tag.

The Seawolf-class is one of the most expensive class of vessels ever built for the United States Navy. The nuclear-powered fast attack submarines were originally supposed to be twenty-nine in number, though the end of the Cold War coupled with their high $3 billion price tag resulted in just three completed Seawolf-class hulls.

Compared to the preceding Los Angeles-class submarines they were to replace, the Seawolves are both larger and faster with a higher weapon loadout—eight 21-inch heavyweight torpedo tubes compared to the Los Angeles-class’ four tubes. Each Seawolf carries fifty torpedoes onboard, and although they lack vertical-launch missile capabilities, they can fire Tomahawk cruise missiles via their torpedo tubes.

One of the Seawolves, the USS Jimmy Carter, is about 100 feet, or 30 meters longer than the other two Seawolves, and is thought to have several unique capabilities. It is also one of the newest submarines in the United States Navy, and was commissioned in 2005.

At both fore and aft, the USS Jimmy Carter is equipped with auxiliary maneuvering devices, affording the large submarine excellent maneuverability, particularly at low speeds. This ability is necessitated by the submarine’s extra hull section, which may be fore tapping undersea communications cables. The  USS Jimmy Carter is also thought to be capable of hosting SEAL teams and remotely-controlled underwater vehicles.

Related: U.S. Troops Have Secretly Been In Taiwan For Over A Year Helping Island Prepare For War With China: Report