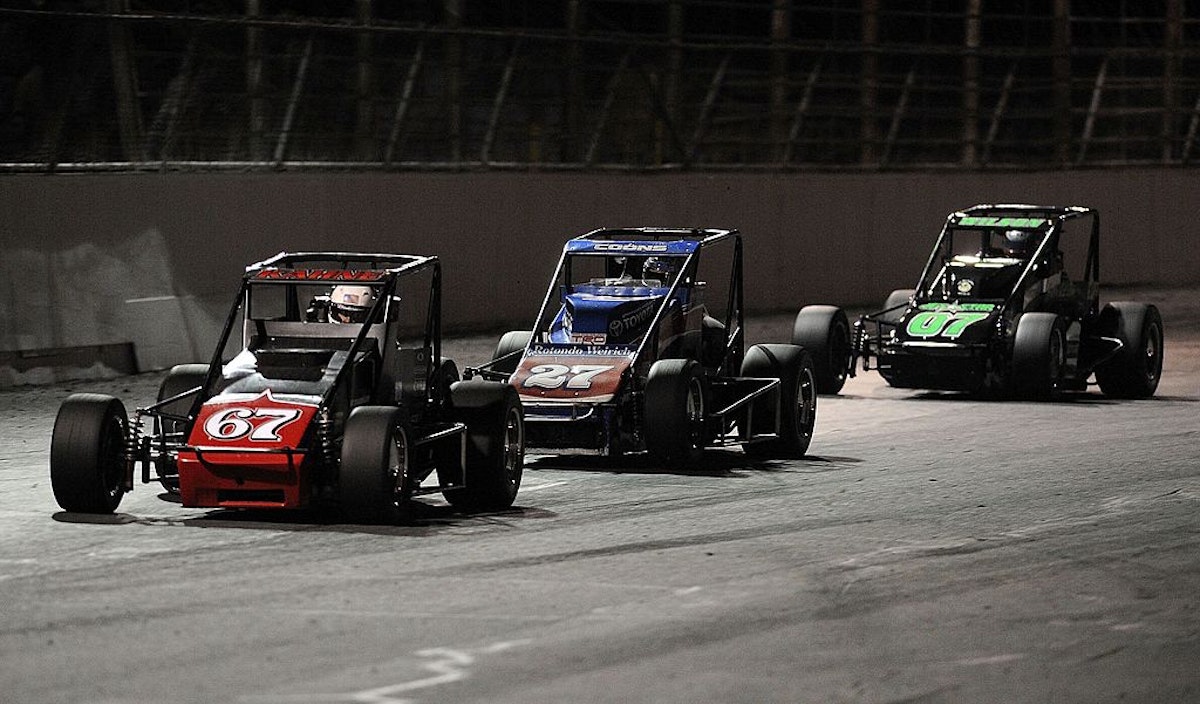 Asked by an announcer to “help kick this thing off” at the NAPA Super DIRT Week Pro Stock 50 event at Oswego Speedway on Sunday, one young boy, who was asked along with another young boy and young girl, continued after the three intoned “Drivers, start your engines” by asserting, “Let’s Go, Brandon.”

The “Let’s Go Brandon” meme was triggered on October 3 when NBC sports reporter Kelli Stavast was interviewing NASCAR driver Brandon Brown at Talladega Superspeedway in Alabama after Brown scored his first career NASCAR Xfinity Series win. Stavast stated, as shown in a video, that the crowd was chanting “Let’s go, Brandon!” when in reality they were chanting “F*** Joe Biden.”

I’m pretty sure they’re not chanting “Let’s go Brandon” as the NBC reporter is telling us. What do you hear? #fjb pic.twitter.com/Ai6QU9uEZf

NBC Sports wrote in its coverage of Brown’s win:

Brown told NBCSN, “Oh my God, Dad, we did it!! Everything we hoped and dreamed for. Everything I wanted to do is take the trophy home to Mom and Dad.”

Last Thursday, as part of Fox News’ 25th anniversary, Fox & Friends host Will Cain interviewed diners at a Greenville, South Carolina diner, where he spoke with a couple whose names were Kelly and Neil.

Kelly told Cain, “I watch Fox News because y’all tell the truth. Other news sites, they aren’t always telling the honest truth and we know when you watch fox News that’s what you’re going to get.”

Cain pointed out the Clemson Tigers logo on Neil’s shirt, saying, “You see this a lot in Greenville you see that right there?”

“Go Tigers,” Neil replied. “But I watch Fox News because it’s America. It’s my America, it’s a real station telling a real truth every day and by the way, let’s go, Brandon!”

Oswego Speedway says on its Facebook website that it is “a 5/8 mile semi-banked pavement racing oval & home to the Budweiser Intl’ Classic for Supermodifieds. The Oswego Speedway, located in Oswego, NY, was built in 1951 when original owners Harry, George, and William Caruso converted the one-time Wine Creek Horse Track into a 3/8 mile dirt auto racing facility. The track was paved during 1952 and remained a 3/8 mile track until 1961 when it was enlarged to its current 5/8 mile size. The Oswego Speedway has been a continuously run weekly race track since it opened in August of 1951.”

Get your “Let’s Go Brandon” shirt from The Daily Wire merchandise shop!