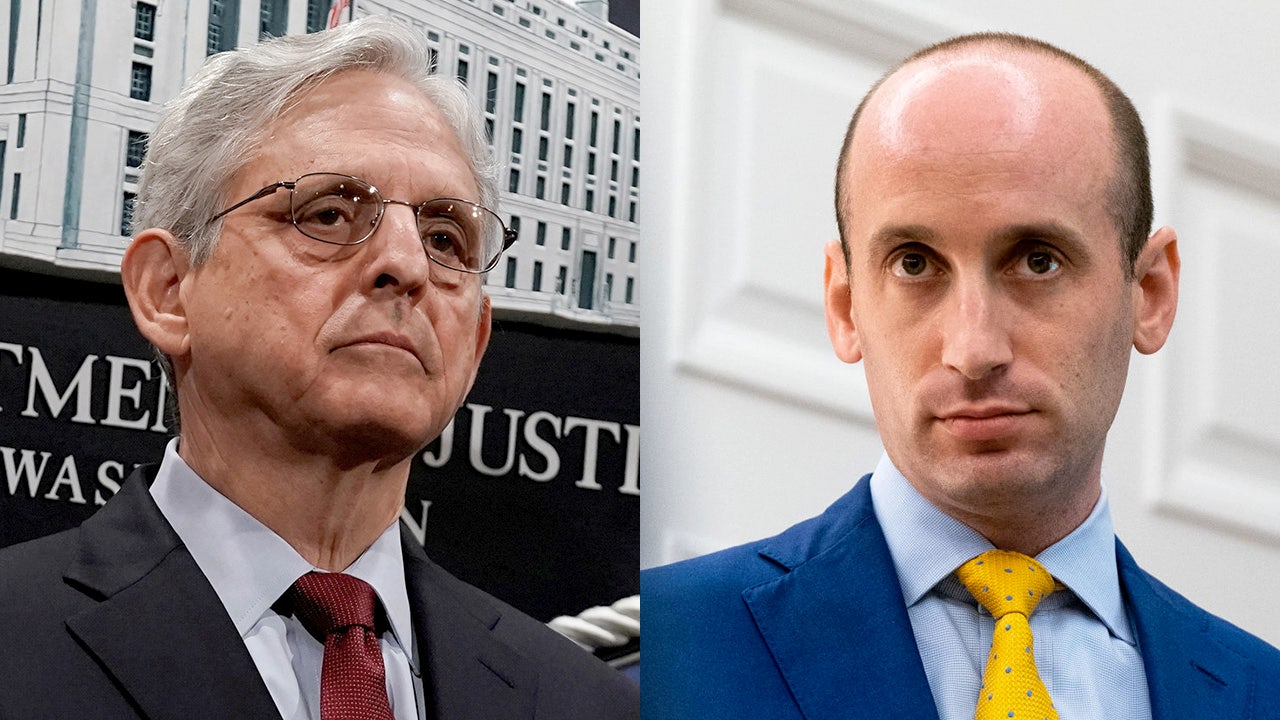 “Targeting parents in local school boards is atrocious. There’s no lawful basis for doing so. There’s no federal nexus that’s even connected to such an investigation,” Miller told Fox News on Sunday of America First Legal’s OIG request. “There’s not even a half-hearted attempt to suggest this was done for a legitimate law enforcement purpose.”

“It seems quite obvious that it is meant to chill free speech and intimidate parents into silence and into obedience.”

​​MARK LEVIN: AG GARLAND SIGNED ‘ONE OF THE MOST EGREGIOUS VIOLATIONS OF YOUR LIBERTY’ WITH SCHOOL BOARD MEMO

Garland ordered federal law enforcement authorities last Monday in a memo to meet with local leaders and discuss what he described as a recent “disturbing spike in harassment, intimidation, and threats of violence” against teachers and school board members. Garland’s memo directed the FBI to lead a task force to address threats against school officials, including creating a centralized way to report the threats.

The past year has been marked by viral videos of parents protesting during school board meetings over the implementation of critical race theory curriculum as well as mandates stemming from the coronavirus, such as face mask requirements. Garland’s memo came just days after the National School Boards Association (NSBA) sent a letter to President Biden saying clashes between school boards and parents may amount to “domestic terrorism.”

“The purpose of our request is to expose the document of this attack on concerned parents. And to both produce the public evidentiary record to make sure that the responsible parties can be held accountable,” Miller added in his comments to Fox News. “Also, it will empower parents who are persecuted, to have remedies, legal remedies.”

“But additionally, the inspector general’s investigation can then engage in the kinds of investigations that can lead to an internal disciplinary action. And of course, as is always the case in any investigation, other legal remedies, as appropriate.”

Miller described CRT as the “animating principle of the American left” in 2021, which has touched most aspects of policies in the country.

“CRT’s fingerprints are everywhere. Health care policy, education policy, economic policy, social policy. Just take a moment and think for a second: The left talks now about every issue in the context of critical race theory.”

“You’ve seen in congressional hearings, recently, members of the left make the incredibly bizarre point,” Miller said, pointing to abortion, “that anything that limits access to abortion is, and is evidence of, systematized racism. Aside from being facially untrue and a false point, it’s particularly ironic, given the racist origins of the abortion movement and the eugenics history of the abortions movement, which denied the fundamental truth of human equality.”

Garland’s memo has also come under fierce criticisms from other conservative politicians and pundits. Senate Minority Leader Mitch McConnell even wrote a letter to the attorney general asking what his recent memo on “harassment” and “intimidation” of school officials by parents means.

“Your memorandum’s ominous rhetoric doesn’t reflect the reality of what we have seen at schoolboards across the country in recent months,” McConnell wrote.

“The Bill of Rights is under attack by Attorney General of the U.S. Merrick Garland and his staff, and now we’ve learned, it’s also under attack by Joe Biden’s staff as well as others at the White House in a coordinated attack to try and silence parents and taxpayers, the citizens of this nation who elect their school boards, who send their children into these classrooms because they are challenging the poison, the rot, the radical Marxist propaganda taught to your children from kindergarten through twelfth grade,” Levin said on his show Sunday, “and apparently that is too much for them to tolerate.”

DOJ officials have defended Garland’s memo in the last week during Senate hearings. Assistant Attorney General Kristen Clarke said the DOJ does not see parents as a threat, and that the memo is only focused on threats and intimidation.